Sometimes, it feels relaxing to explore the world while sitting in the comfort zone of our homes. The best way to soothe your eyes with the beauty of the world is to watch travel shows on Amazon prime. Whether you want to entertain yourself or want to explore different places in the world, these travel shows are best to watch. So, without taking an extra minute on this, we would like to share some best travel shows that are streaming on Amazon Prime, you will love to watch.

It is the story of two best friends from Canada who got bored with their regular life and decided to add a little adventure and excitement in their life. Both of them together ran out for a year and travelled to explore the immense beauty of the world. While travelling, they look at various ways to have the best possible experience as much as they can.

The whole series is covered in 43 episodes, including every depth of their journey and finish it by exploring many countries. The way you love reading about this, it would add a bit more excitement when you grab this series on Amazon Prime. 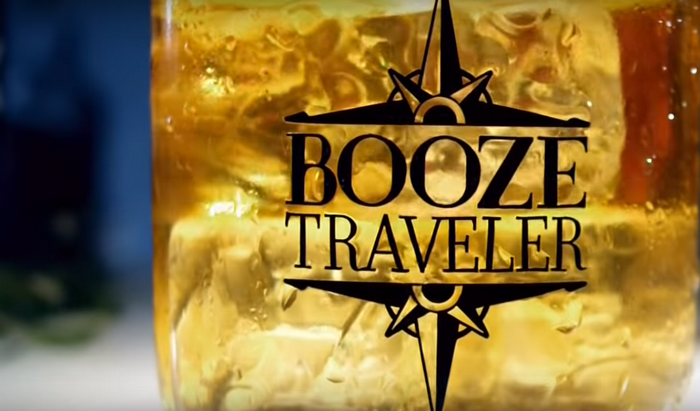 Jack Maxwell is the host of travel show “Booze Traveller”. During every episode, he proceeds to explore the incredible destinations of the world. Along with travelling, he also explains the viewers about the local brews and spirits which you can enjoy on these destinations. This travel show is an outstanding mixture of culture, history, destination guide, and alcohol knowledge. This beautiful mixture explains the beauty of having a trip. The show is available on Amazon Prime. 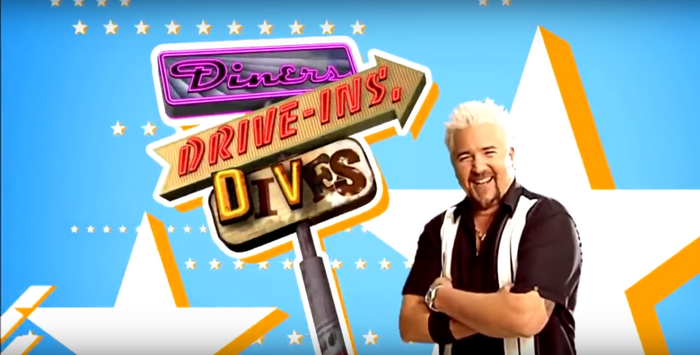 The show running on Amazon prime is about food and travels to explore the local restaurants of America, along with their journey. The show is based on the idea of having a road trip to America. You will watch Guy Fieri’s interviewing many chefs around the country. The display not only shows you amazing travelling destinations but also tells about the best taste you will get there. 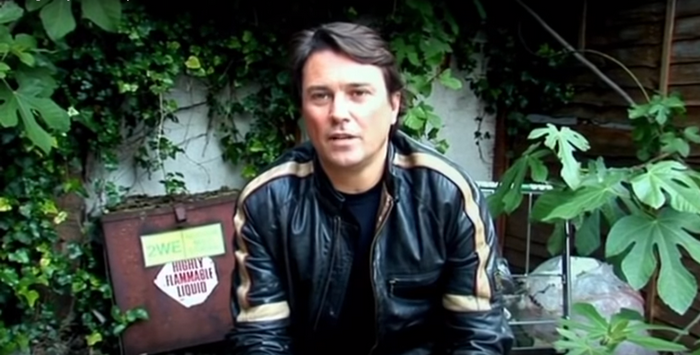 Long way down is a web show running successfully on Amazon Prime. In this, you will watch Ewan McGregor, and Charlie Boorman set long way down from north to the south straight from Scotland to the Cape Town. Many people love adventure and extreme visits. This show is a must to watch for them, which explores the overland route from Scotland to Cape Town. In the coming year, you will watch them visiting many more places.

The show is about Karl Pilkington, who is set to travel in awkward situations around the world by his Friends, Stephen Merchant and Ricky Gervais. He typically hates to travel and didn’t want to leave his comfort zone. “The true magic that you will observe in this show is how travelling to places has a change”, Karl. He is not an idiot, just a person with a narrow mind living in his own space. You will love the fascinating places explored by him in season 1 and season 2; that is available on Amazon Prime.

Many folks love watching Louis Theroux on Travel show. The Simon Reeves Travels series is equal to the BBC world Travel shows. He is a clumsy travel reporter who would love to take the viewers of the show on the incredible places of the earth and makes you crazy about these places. His crazy trip episodes are available on Amazon Prime. You would love to watch his current Caribbean series. 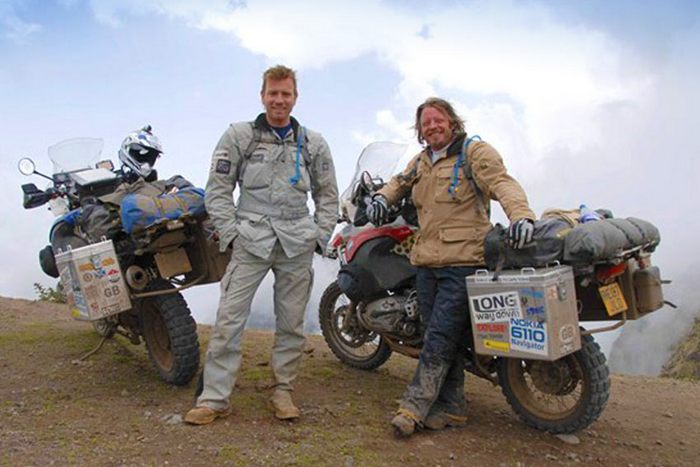 In this travel series, the famous friends Ewan McGregor and Charley Boorman travel to London from head east to chase their dream of BMW motorbikes and explore the beauty of roadsides of London. Their whole journey was of 33000 km in which they explored Europe, Russia, Mongolia, and Kazakhstan that comes along the way of USA. Check out the full episodes online on Amazon Prime to explore the beauty and adventure on their journey. 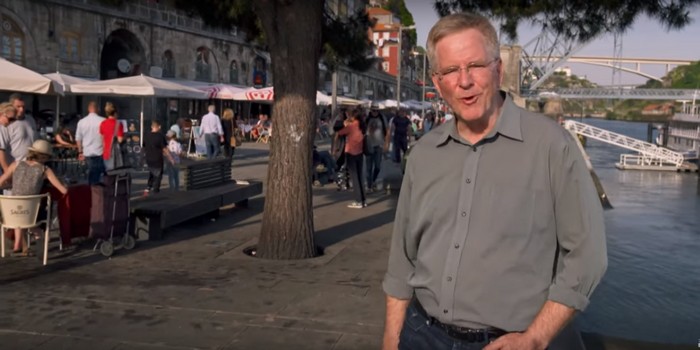 Travel series by Rick Steves will fill you up with the travel content. The best part about his travel series is you will be able to explore almost every fascinating place around the world. His thoughts and exploring way tells you more interesting ways of exploring the beauty of nature. Not only this, you will learn about a lot of things from him. One must watch his season 9 European series which is available on Amazon Prime as well as his website.

9. Michael Palin’s (Adventures around the world) 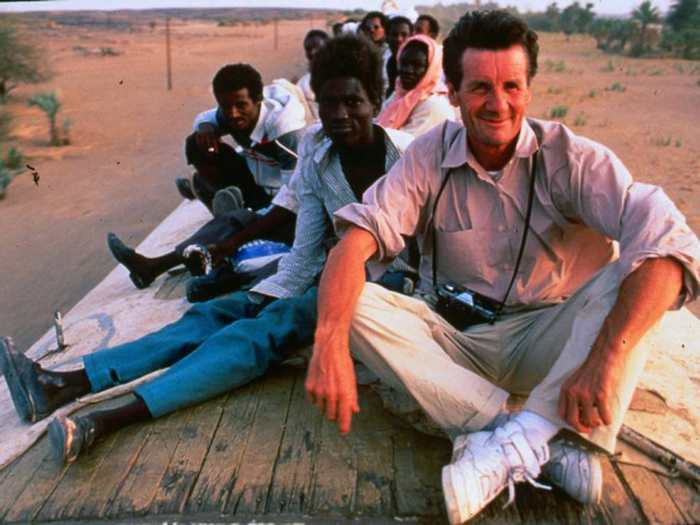 The Michael Palin along with Jon Cleese, from many years, is producing the best travelling series. If you are in favour of adventurous places, then you might love this series, which is quite similar to the travelling show ‘Long way around’. You will come to explore the un-reviled areas in the world. His some of the recent series available on Amazon Prime are- A trip to forbidden Land of North Korea, Himalaya, Around the world in 80 days with Michael Palin, etc. 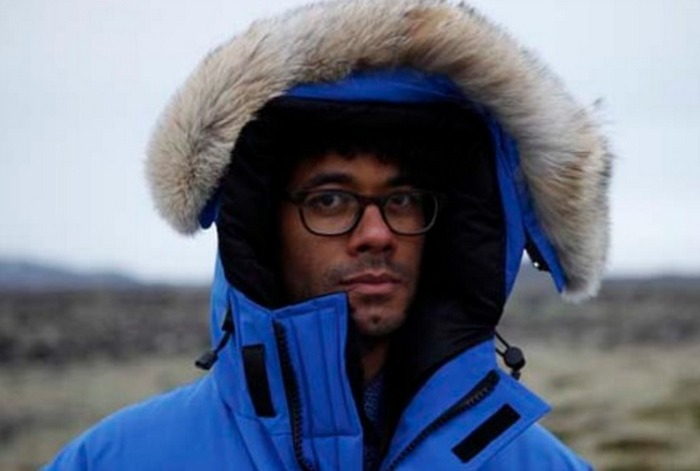 The Travel Man series is a comedy travel show which is UK based. The episode of the series is focused on spending some fixed hours in a particular city in Europe. Currently, 10th season is running on Amazon prime. You will observe silly things that he catches in every location. Each episode is full of wacky experiences.

Aerial America is another travel series which will provide you with the gratitude of exploring the United States in different ways. Watching this series gives you the best experience and loads you with the opportunity of watching the beauty of the country. In each episode, you will be amazed with the outstanding locations and history behind the spots, which will drill your mind with elegance and thoughts of the places. You can watch the series on Amazon Prime. 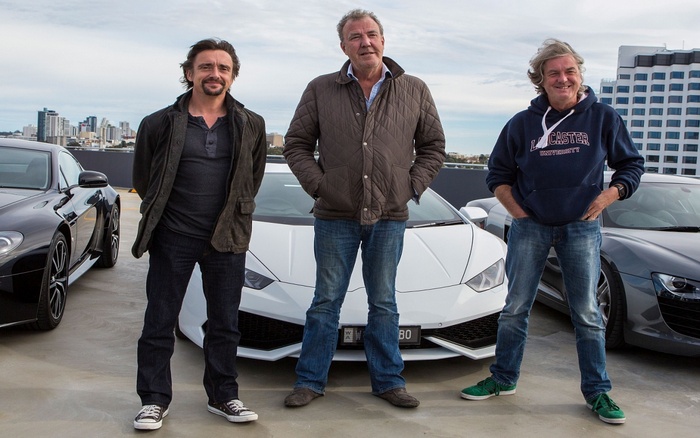 The Top Gear is another travel show, but a bit more about exploring the roads with cars. In the series, you will drive through the extreme dangerous roads to travel in the world. The travel episodes by Jeremy Clarkson, James May and Richard Hammond show you the extreme adventures in the roads during travelling. If you are fascinated about adventure, then make sure to watch season 1 on Amazon Prime.

13.  Anthony Bourdain (A cook’s Tour, Parts unknown and No reservation) 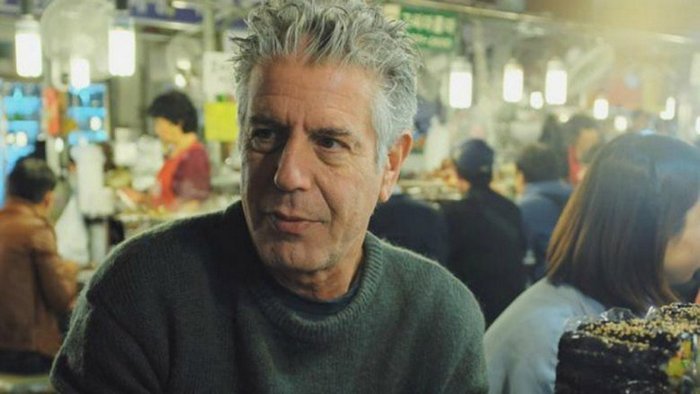 The food travel shows by Anthony Bourdain and his team at CNN never make you bored of wandering the taste of the world. The travel series, “Part unknown” by Anthony takes you to the tour of the world and help you in checking the taste of every corner of the world. From local stalls to the five star classy restaurants, he brings every flavour to your plate through his travel series. His series are streaming on Amazon Prime. The recent passing away news of him threw us in sadness. But the show makes him live in between us years long. 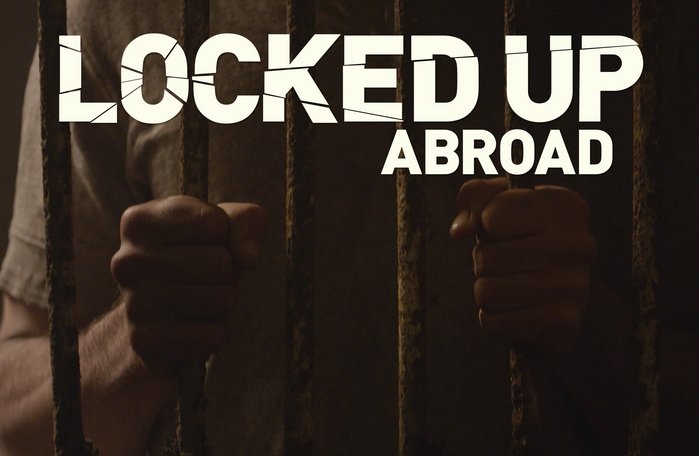 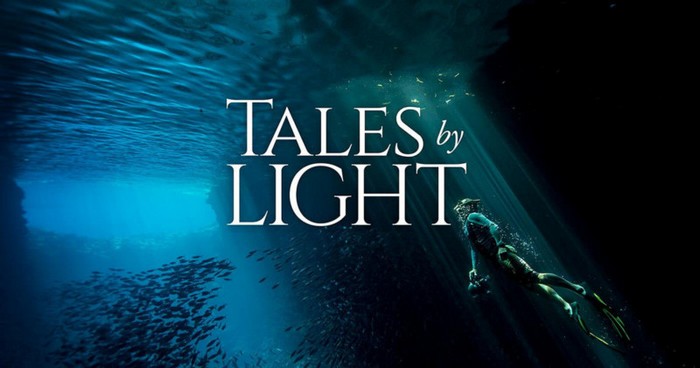 If you want to swim across the world from your comfort zone of home, then Travel By Light is the best travel show to watch. The show will take the viewers to the top-notch volcanoes and extreme habitats of the planet, including the deep threat ocean. It will serve the most magnificent beauty of the planet without putting a step out from your home. Obvious, we have never been so lucky to migrate on those places in our lifetime; but, we’re lucky enough to witness the beauty from our naked eyes through this travel show. The series is also streaming on Amazon, and we think one look is must for this show. 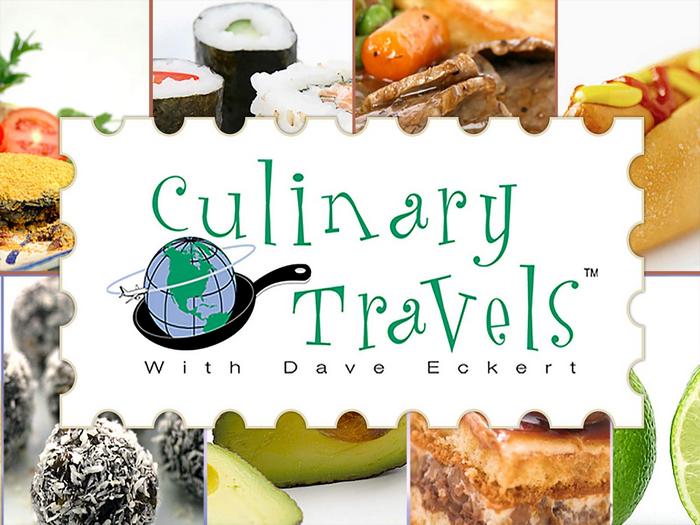 There are hundreds of episodes available on Amazon prime of this travel series that brings you to a different destination in the world. Your eyes will never feel tired of having the scenery of the places, and your stomach will always urge for hunger after watching the magnificent taste of the world. 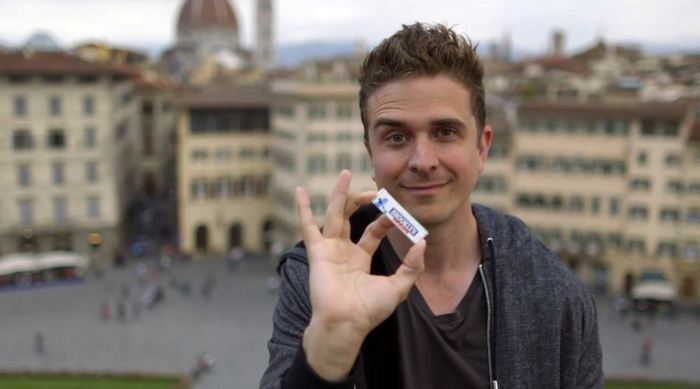 The Road Tricks travel series shows where a magician Adam Trent travels across the world to bring strangers closer. The journey of him across the world pulls your eyes towards troubles that he faces during his journey and how he deals with them. Watching magic always amaze people, which brings you a reason to watch this series once. The Road trick season 1 and 2 is running on Amazon prime. 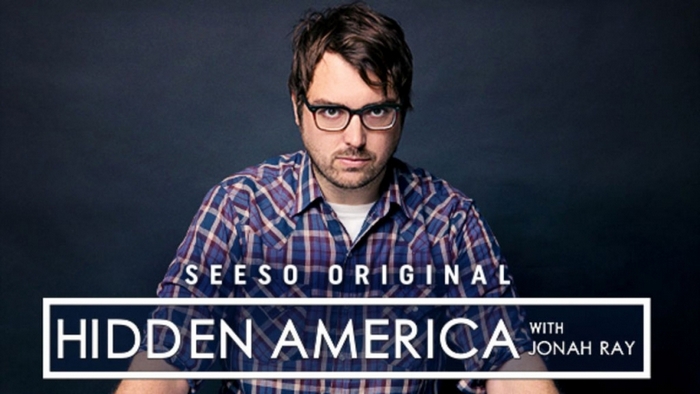 If you think that travel shows have no fun and these shows are to watch the host enjoying travelling and exploring the places, then you must watch this web series. This series is based on a mission to watch hidden America which pulls the ray to the non-glamorous towns across the country. You will observe the comedy seen in the episodes and make you laugh harder. The season 2 is just landed now and running on Amazon prime. 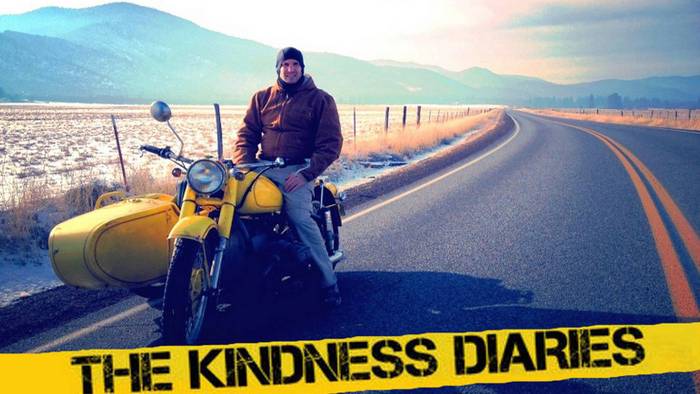 If you look at a travel show that fills you up with emotions, then ‘Kindness diaries’ is for you.

The host of this series, Leon Logothetis, travels to the globe without money by using his kindness. This travel series shows how he has access to the adventurous journey. The kindness of the host, his thoughts, calm nature attracts you to watch it again and again. The series is upstreaming on Amazon Prime. 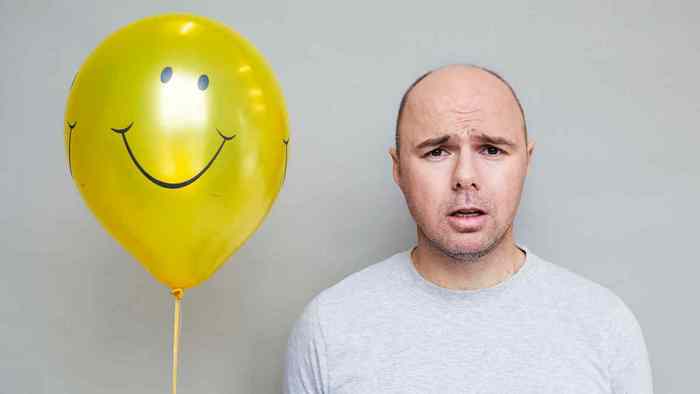 Karl is back again with his upcoming travel show, “The Moaning of life” to take you to another journey across the globe. Karl, this time, travels around the world to search the meaning of life. But this time, Ricky and Stephen will not be there with him. However, you will still receive the tears of joy when he dives in extraordinary cultures and leaves in many questions also. This series will bring joy, adventure, and a lot more stuff for you.

We hope you have enjoyed exploring the top-notch travel shows streaming on Amazon Prime. In the coming year 2020, you will explore many more fresh series of these shows and also many more travel shows, which will add extraordinary adventure and joy in your life. If reading about the shows makes you fascinated, then think how much joy and adventure you will receive when you watch them online.